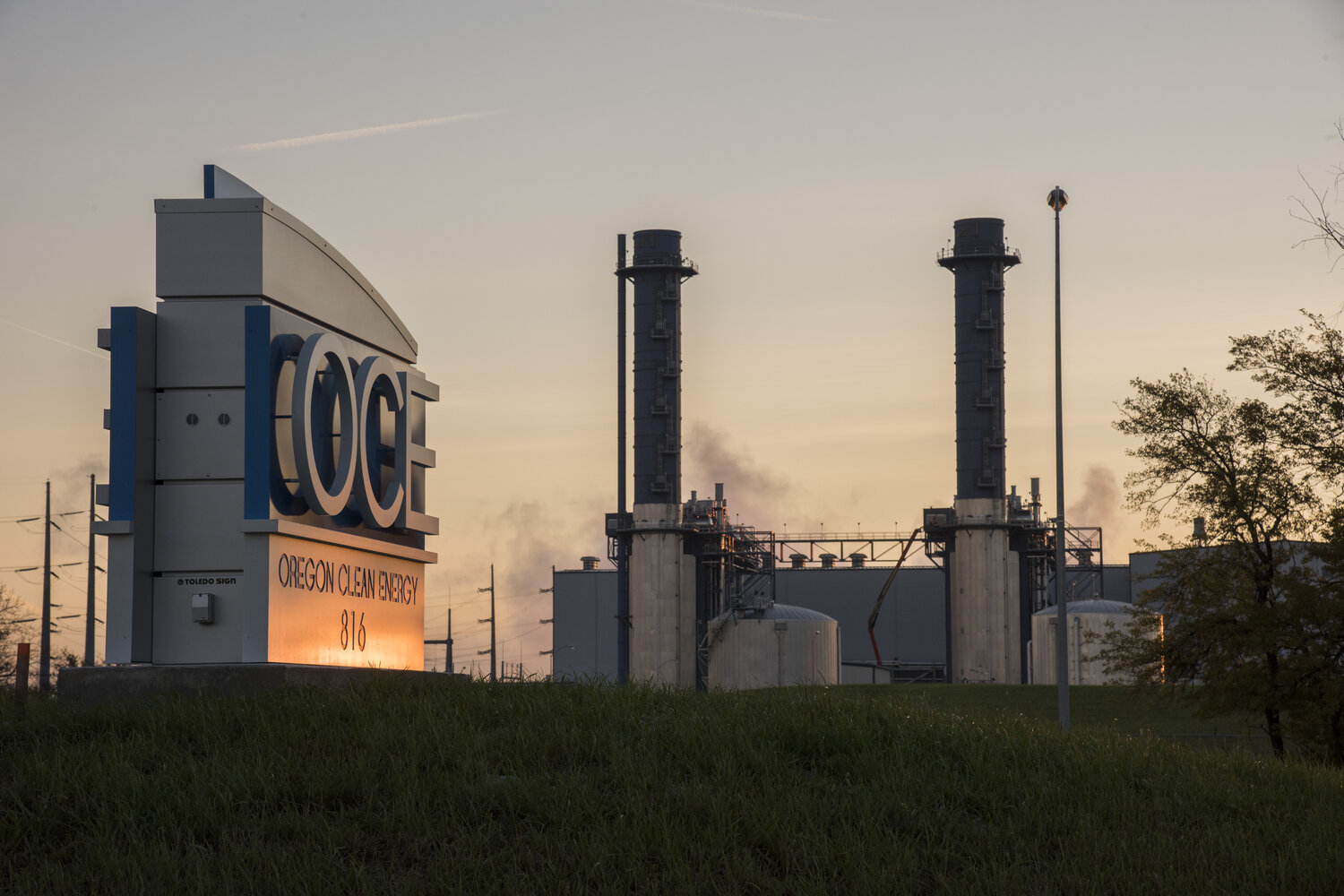 Northwest Ohio was never short on infrastructure assets of interest to business and industry. These include a CSX intermodal terminal in North Baltimore, south of Toledo; the convergence of Interstates 75 and 90, among others; the Port of Toledo on Lake Erie; and abundant rail service. In recent years, that list includes proximity to the Utica and Marcellus Shale formations and their abundant supply of high quality natural gas. More than $83 billion has been invested in shale-related development in Ohio from from 2011 through 2019, much of which is in Northwest Ohio. Energy providers and their customers are transforming this region into a lower-cost location than comparable areas for energy-intensive industries.

Columbia Gas of Ohio interconnects with several interstate gas pipelines in Northwest Ohio, enabling it to deliver low-cost and reliable gas supply to the region. “Natural gas is a key component to nearly all development projects,” says Vince Parisi, president and chief operating oﬃcer. “Columbia Gas maintains positive relationships with developers, city and county oﬃcials and regional and state economic development groups in northwest Ohio. It’s important for municipalities and utilities to work together for regional development, and Columbia Gas takes that role very seriously. This gives areas like Northwest Ohio an advantage when working with companies looking to come to the area or local businesses wanting to expand.”

DTE Energy operates in several energy-service roles to provide natural gas in Northwest Ohio, regionally and throughout many areas of the U.S. In Northwest Ohio, it has a 50% ownership in NEXUS Gas Transmission, a 256-mile, 36-inch interstate pipeline crossing northern Ohio. DTE also has a 50% ownership in a PUCO-regulated pipeline company called Generation Pipeline that provides natural gas transportation services to industrial customers east of Toledo in the Oregon, Ohio, area. DTE Energy Services also provides onsite services for industrial customers throughout Ohio and many states throughout the U.S. These include cogeneration or CHP, boilers, various industrial roles with systems for hot water, steam, chilled water and such renewables as geothermal, solar, digesters for power and renewable natural gas.

“Natural gas is a preferred economical fuel choice for many industrial customers, especially when they have specific industrial process requirements for increased heat/firing temperatures for their process,” says Ken Magyar, vice president, project and business development, at DTE Energy. “Natural gas offers great pairing options when combined with renewable energy components, such as the ability to meet load shapes from intermittent to cycling capabilities throughout the day and seasonally. The commodity pricing of natural gas has been, and for the foreseeable future will be, very economical and attractively priced as a fuel from our abundant domestic supply-producing areas. The increased use of natural gas has also provided for a reduction in emissions when replacing other fuel choices such as coal and oil in industrial applications.”

Magyar says Northwest Ohio is well connected by a confluence of natural gas pipelines with access to gas supplies from Ohio, the Gulf Coast and midcontinent basins in the southern U.S., and Michigan and Canadian assets and basins to the north. Northwest Ohio has the geographic advantage of being in the same state with the lowest-cost natural gas production from the prolific Utica and Marcellus shale formations in adjacent Pennsylvania and West Virginia, he relates. “Pipeline companies such as NEXUS and others are delivering significant natural gas volumes from Ohio production areas and from Pennsylvania/West Virginia to Northwest Ohio and Michigan through new, large-diameter, high-capacity pipelines from eastern Ohio, Pennsylvania and West Virginia,” Magyar explains. “Natural gas availability and landed cost will be important components for industrials with large energy requirements to compete in a global setting to manufacture and deliver products to their customers in this region and ship them out globally.”

Turn Up the Heat

“Natural gas will continue to grow and displace more carbon-intensive fuel sources like coal, oil and diesel fuel,” adds Lochtefeld. “Additionally, onsite generation and distributed energy solutions are likely to play a larger role in our future energy supply and connectivity to natural gas should be a significant consideration in site selection.”

Customers of these and other natural gas players in Northwest Ohio agree. “Natural gas is necessary for our operation in the processing of crude oil into clean fuel products,” says Alan King, senior director, Natural Gas and Power, at PBF Holding Company, LLC, the owner of Toledo Refining Company. “The availability of plentiful, low-cost gas makes the Toledo Refinery more cost competitive in the world market. “The Toledo area market is well supplied by pipelines from gas production fields, storage fields, and is on the crossroads between market areas. As a result, Toledo enjoys stable prices even during cold weather or other events that cause other markets to react with violent price swings.”

Part of that price stability is the proximity to supply, King notes. “The Northwest Ohio market is physically closer to the shale production regions in eastern Ohio and western Pennsylvania than the Michigan and Chicago markets, often enabling the price of natural gas to be lower than in those locations. In the event of a high-demand  cold weather event or pipeline issue, the Northwest Ohio region has several alternative supply paths that some other regions do not have. The region can better obtain gas through  alternative routes and keep the delivered price low.”

Alpont, LLC, a subsidiary of Hermitage, Pennsylvania-based Interstate Chemical Company, refines natural gas into methanol, which is then reacted with other products to make a catalyst for manufacturing bio-fuels. Its new, $62 million Toledo-area chemical facility began operations in 2017.

“Our process requires high pressure natural gas, and the pipeline we’re connected to is around 850 PSI,” says Lou Razzano, Executive Vice President. “Low-cost natural gas and a growing network of pipelines are factors that weighed in on the decision to build in Oregon, Ohio.”

Evaluating and selecting a site on which to locate a new manufacturing facility is a complex process, says Razzano, who had three main criteria during the location-discernment process: (1) accessibility in terms of highway systems and ports for transportation of raw materials and ﬁnished product, (2) the available labor force, “as it represents the lifeblood of the facility’s production,” and (3) the availability and quality of utilities.

“Because utilities can represent between 20% and 30% of overall annual operating costs, it is vital to assess them and understand the overall impact to a company’s income statement,” Razzano asserts. “ The cost for natural gas is twofold — initial startup and annual recurring costs. The high-pressure pipeline that runs up the west side of our property allowed us to reduce the startup construction cost, and the availability of the competitive, low-cost shale gas has kept the overall annual recurring cost low compared to other regions of the U.S.” 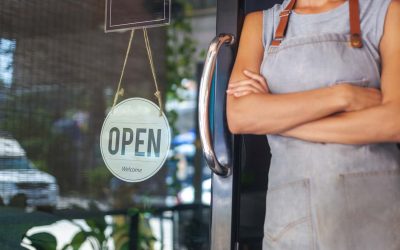 TOLEDO, OH – The Lucas County Commissioners on Tuesday approved a resolution to provide $1.5 million in financial...

The Oregon Economic Development Foundation and the Eastern Maumee Bay Chamber of Commerce is seeking confidential feedback from our local business community in an ongoing effort to address the negative impacts of COVID-19. Please fill out this short business survey (1-2 Minustes).

You have Successfully Subscribed!